The struggle for emancipation and civil rights is the central drama of the Civil War era, and Pennsylvania figured prominently in this struggle. The commonwealth passed the nation’s first gradual emancipation act in 1780, though its slow working necessitated another legislative act in 1847 to free, finally, the state’s remaining slaves. Bordering three slave states (Delaware, Maryland, and Virginia), Pennsylvania was at the center of the fugitive slave crisis in the Civil War era. Opposition to slaveholders’ attempts to reclaim fugitives on Pennsylvania soil led to an 1826 personal liberty law, later invalidated by the U.S. Supreme Court and the 1851 Christiana Riot, in which Edward Gorsuch, a Maryland slaveholder, was shot and killed during an unsuccessful attempt to reclaim two fugitive slaves.

For many black Pennsylvanians the Civil War was not merely a war to end slavery but a war for equality. Octavius Catto, a black activist who helped raise black units during the war, spearheaded a successful lobbying campaign to pass a state law outlawing segregation in public conveyances in 1867. Tragically, the Republican Catto’s social and political activism eventually led to his assassination on Election Day in 1871 by a Democratic rival. Collections cataloged under this theme include the papers of prominent African American Pennsylvanians, the records of freedman’s aid societies, deeds of indentures and manumissions, abolitionist pamphlets, and other materials.

Commemoration encompasses the many rituals and activities through which individuals, families, and communities marked important milestones, both public and personal. Conspicuous in Americans’ commemorative activities in the Civil War era was the commemoration of death. The Civil War itself claimed the lives of 620,000 to 750,000 men and spawned frequent public commemorations that sought to justify the war and sanctify the sacrifices of the soldiers who fought in it. Women assumed a prominent role in shaping these public commemorations, notably through the practice of decorating soldiers’ graves, which evolved into the observance of Memorial Day.

Such activities were a natural outgrowth of women’s roles as the primary memorialists of births, weddings, deaths, and other important events that took place in their family and community. Rituals of celebration and mourning in response to these events reinforced familial and communal bonds. Similarly, public commemorations reinforced feelings of patriotism and attachment to the nation. The collections cataloged under this theme include diaries, journals, and private letter collections that shed light on how Americans marked important landmarks in their private and public lives. Private commemorations strengthened the bonds of family and friendship, while participation in public commemorations invigorated the community and demonstrated individuals’ fitness as loyal citizens. 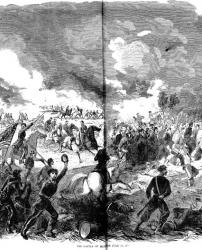 As explained under the theme of Community, the Civil War was fought by individual communities as much as it was fought by the federal government. When Abraham Lincoln first called for volunteers in response to the firing on Fort Sumter he was putting his faith in the people’s patriotism and their commitment to defending the Union from rebellion. To understand Civil War mobilization in the Union, one must understand the relationships among the federal and state governments and the citizenry. Mobilization did not simply entail mustering volunteers into military service. It also involved the logistics of outfitting, provisioning, and sustaining these troops, punishing those who refused or absconded from service, and, at the conclusion of the war, preparing for demobilization and surviving soldiers’ return home.

Within this theme, you can find collections in our catalog such as the Provost Marshal General Papers, soldiers’ aid societies, veterans associations, soldier diaries and letter collections, militia records, voluntary associations that provided food and healthcare for soldiers, military pension records, and other such archival materials. Perhaps the most significant collection in this theme is the Descriptive List of Deserters from Pennsylvania Military Units during the Civil War. This list of nearly 30,000 reputed Pennsylvania deserters was compiled after the war in response to legislative efforts to disfranchise deserters. The breadth of the collections cataloged in this theme show how the mobilization and sustenance of Union soldiers depended on the combined efforts of individuals, communities, voluntary organizations, political parties, and the government. 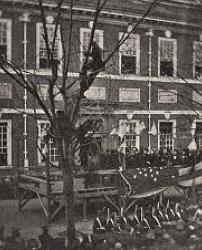 In his social history of the Civil War, Phillip Shaw Paludan titled the very first chapter, “Communities Go to War.” In doing so, he acknowledged that the war was not fought by the whole nation so much as it was fought by individual communities. As Paludan noted, the federal government and the states could call for troops, “but it was the communities—the towns, villages, and cities—that would send the men” and outfit, provision, and inspire them in their service, particularly in the first year of the conflict.[1] The imperatives of community mobilization during the Civil War exemplify how Americans engaged with the world in the Civil War era primarily through their relationships with their local community.

The theme of community encompasses collections that trace the myriad ways individuals joined together to build and maintain communities. Americans belonged to multiple communities, delineated by geography, ethnicity, race, religion, and sex, among other factors. The collections cataloged here record a wide array of people’s engagement with their neighbors in forming mutually beneficial communities. These collections include the records of aid societies that raised money to provision volunteer soldiers and support their families; the papers of fraternal organizations and reform societies like the Odd-Fellows and abolitionist groups; church and school records; municipal poor relief records: the papers of veterans organizations, and more. 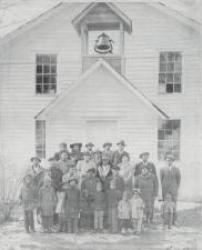 Religious faith permeated nearly every aspect of Americans’ lives in the Civil War era. Whether regular church-goers or not, the vast majority of Americans exercised a profound faith that shaped their understanding of and engagement with the wider world. As the historian Mark Noll describes, in the Civil War era religion was “much more important than any other center of value at work in the country.” Churches and voluntary associations, particularly evangelical Protestant denominations “constituted the nation’s most influential cultural force” in the Civil War era.[1] Religious faith influenced not only how Americans comported themselves in daily life, but also how they thought about the major political and social issues of this period, like slavery, secession, and the use of force to maintain the Union.

The collections cataloged under this theme illustrate the broad reach of religious faith in the lives of Pennsylvanians in this period. They include church records, ministers’ diaries, sermons, and the records of religious voluntary associations, among other collections. 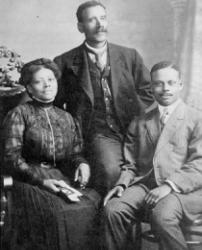 The family and household were the foundation of American society in the Civil War era. The household was not simply a home but also a school, a site of economic production, a place of religious instruction, and a refuge from the outside world. Families were sources of support and sources of labor in a society where most economic activity took place within or very near the home. It was in the household that gender divisions of labor and gendered social roles were inculcated in children and practiced by adults. Collections cataloged under this theme include personal items such as family papers, letter collections, photograph albums, and diaries and journals. Also included are institutional and governmental records, such as baptismal certificates, records of weddings performed by judges and justices of the peace, Civil War pension records, school records, poor relief council minutes, and orphan asylum documents, among other collections. 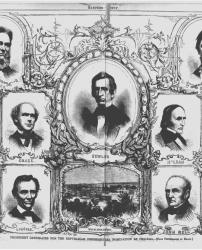 In the words of historian Mark E. Neely, Jr., the Civil War era is “now famous as the period when Americans devised the mass political party and enthusiastic campaigning techniques.”[1] Indeed, Americans were deeply engaged with politics and government in this period, which saw the highest level of voting (among those who were eligible) in the country’s history. Americans’ political engagement was not evident merely on election days, however. Avowedly partisan newspapers dominated the press in this period, bringing people political news from the perspective of their chosen parties. And the production of a dizzying array of political trinkets in this period, such as photographs of prominent politicians, campaign buttons, ribbons, banners, and the like show that there was an enormous appetite for the purchase of political ephemera.

The collections cataloged under this theme touch on politics through the personal papers of politicians and the Penn State University Libraries’ Pennsylvania Civil War Era Newspaper Collection, as well as the records of political organizations, such as the Grand Army of the Republic and its ladies’ auxiliaries. Other collections record the ways in which Pennsylvanians engaged with government at all levels, such as township tax records, case dockets from local courts, and the minutes of municipal councils and other branches of local government. These and like collections demonstrate the primacy of politics in Pennsylvanians’ daily lives in this period as well as the various ways Pennsylvanians engaged with government from the local to the national level.